Competition Law in the European Communities - About the Editor Brian Harris 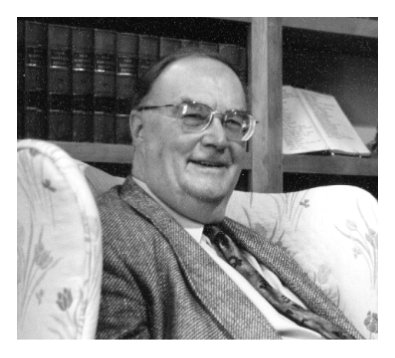 The Editor of Competition Law in the European Communities is Bryan Harris, MA (Oxon). From 1973 to 1983, he was a senior official in the Commission of the European Communities. He was Professor of European Union Law at the Franklin Pierce Law Center, Concord NH, in the USA, conducting courses in intellectual property and competition law and in European Union constitutional law. He was also Chairman of the Legal Research Committee of the Academy of Applied Science.

He was a consultant to a number of commercial and professional firms and associations and is the Brussels correspondent to a UK-based firm of commercial solicitors.

He was Editor of the Newsletter since May, 1983, and publisher since March, 1994 and the author of a number of books and articles on various aspects of European Union law.

Bryan Harris, MA (Oxon), passed away recently in his beloved native
England, after a brief illness. His wife Mary, two sons and a daughter survive
him. Bryan Harris had a long and distinguished career as an author, educator,
barrister, diplomat, publisher and lobbyist. He was a consultant on European
Union policies and laws to commercial and professional firms and associations.
For almost three decades he was a Member of the Board of Trustees and
Adjunct Professor of European Union Law at Pierce Law. Pierce Law President
and Dean, John Hutson summed up what many members of the Pierce Law
community expressed to me as I prepared this tribute saying, "I think of Bryan
mostly in single words.. .jovial, cheerful, humble, dignified, diplomatic,
caring..." Dean Huston shared that Professor Harris will be recognized during
the 2004 Commencement.

Professor Harris was a regular patron at the Pierce Law Intellectual
Property Library where he diligently scoured professional journals for hours on
end. I always looked forward to seeing his smiling face and our most interesting
conversations. I was privileged over the last year to work with him as liaison to
William S. Hein and Company publisher of the soon to be released treatise
Intellectual Property Law in the European Union. It is my privilege to tell a bit
of the story of the life and times of this member of the Pierce Law community.
Part of this story is direct from the mouth of Professor Harris who was
interviewed by Pierce Law alum Andrew D. Gathy for a Faculty Profile that
appeared in the Fall 1998 Germeshausen Newsletter. Attorney Gathy graciously
agreed to allow parts of his interview to be incorporated into this tribute.